More macro/closeup photography from my tiny photo project. Don’t forget to follow me on instagram to see more of this project, as well as pictures of my cat wearing a bandanna, if you are so inclined. He’s really cute. @constantholidayfilms

This weekend I was able to get up to North Georgia and hike the approach trail to Brasstown Bald, the highest mountain in Georgia. The summit is only 4600 feet above sea level, so it’s no Everest, but the heat and the steepness of the half-mile trail made me appreciate all the wildflowers – and the opportunity to stop and catch my breath while I photographed them. 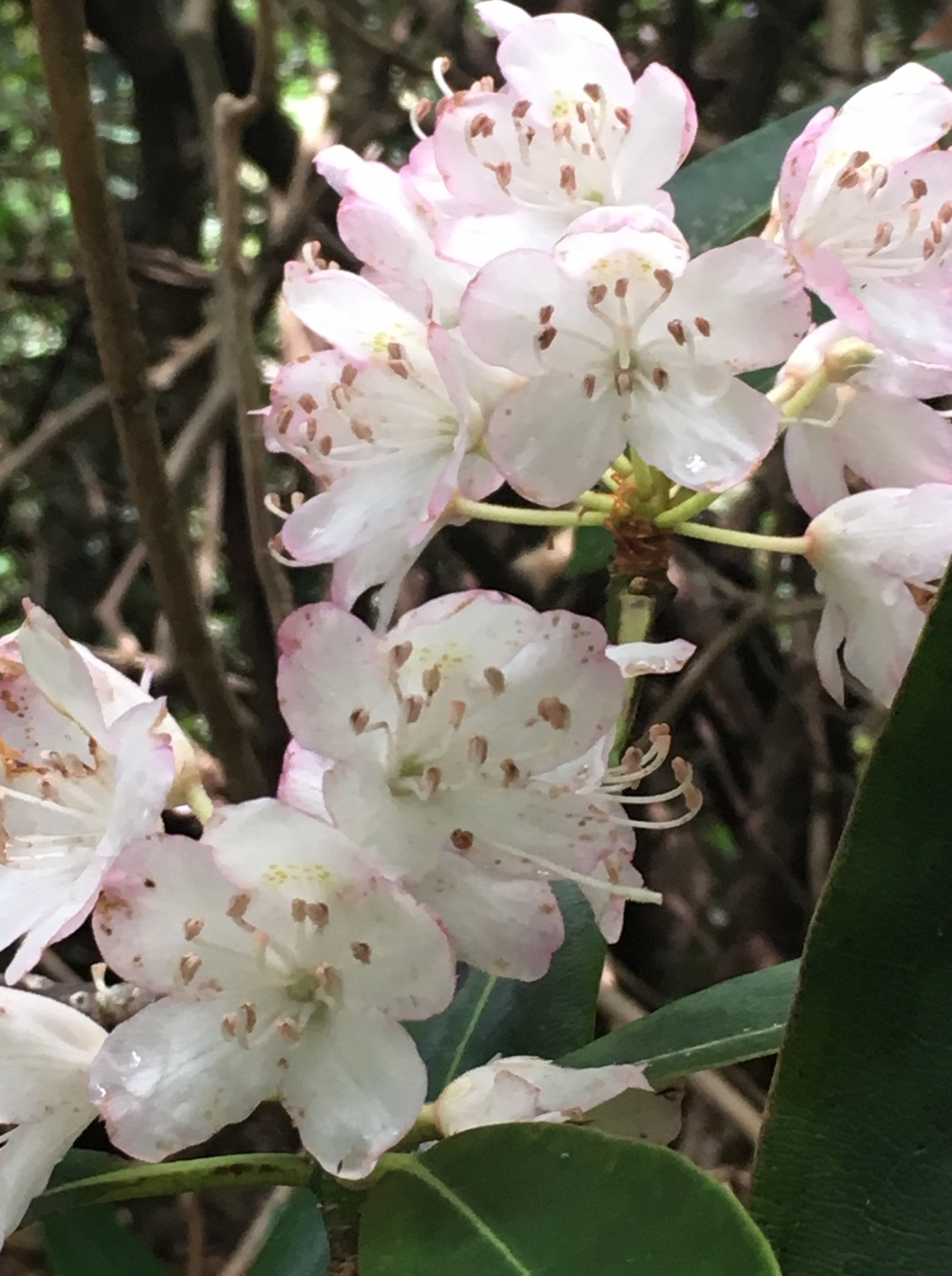 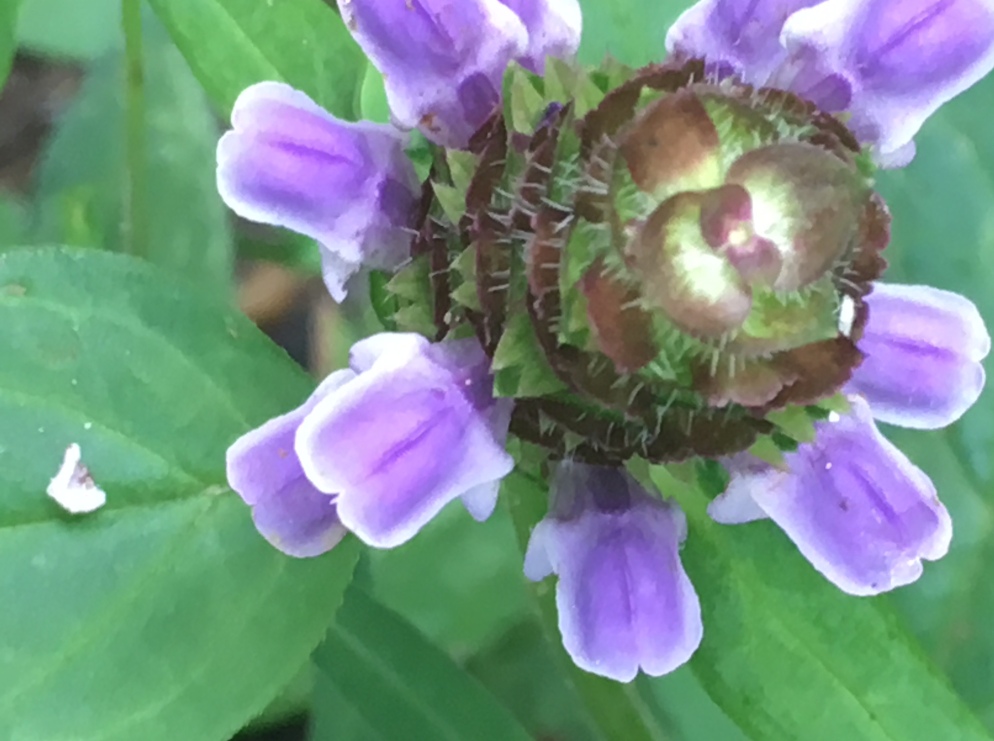 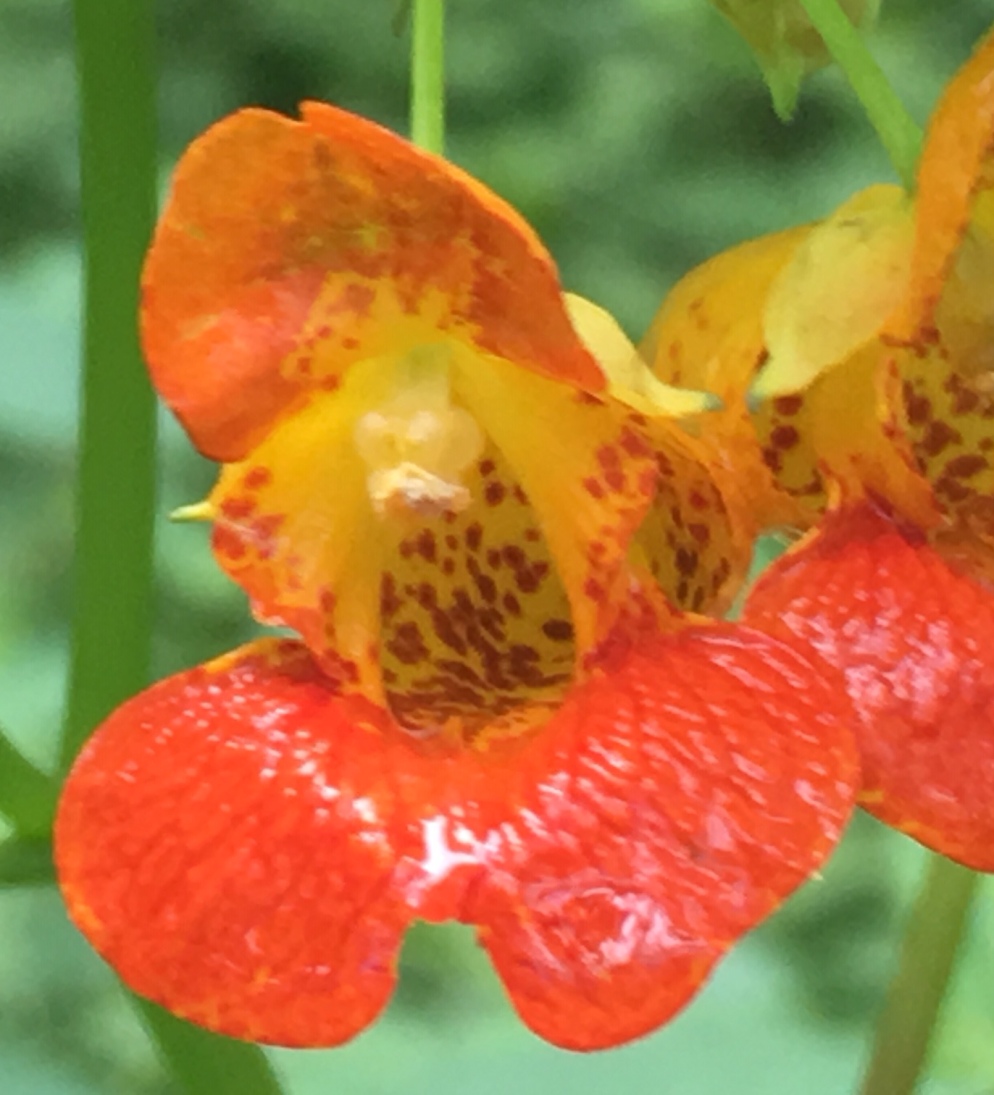 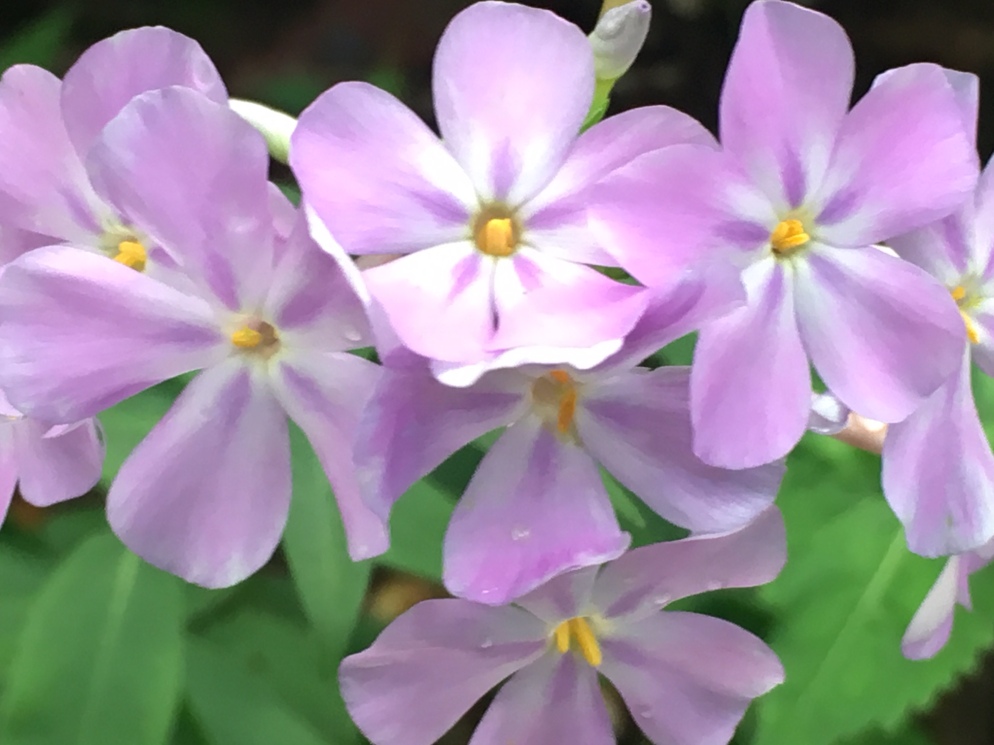 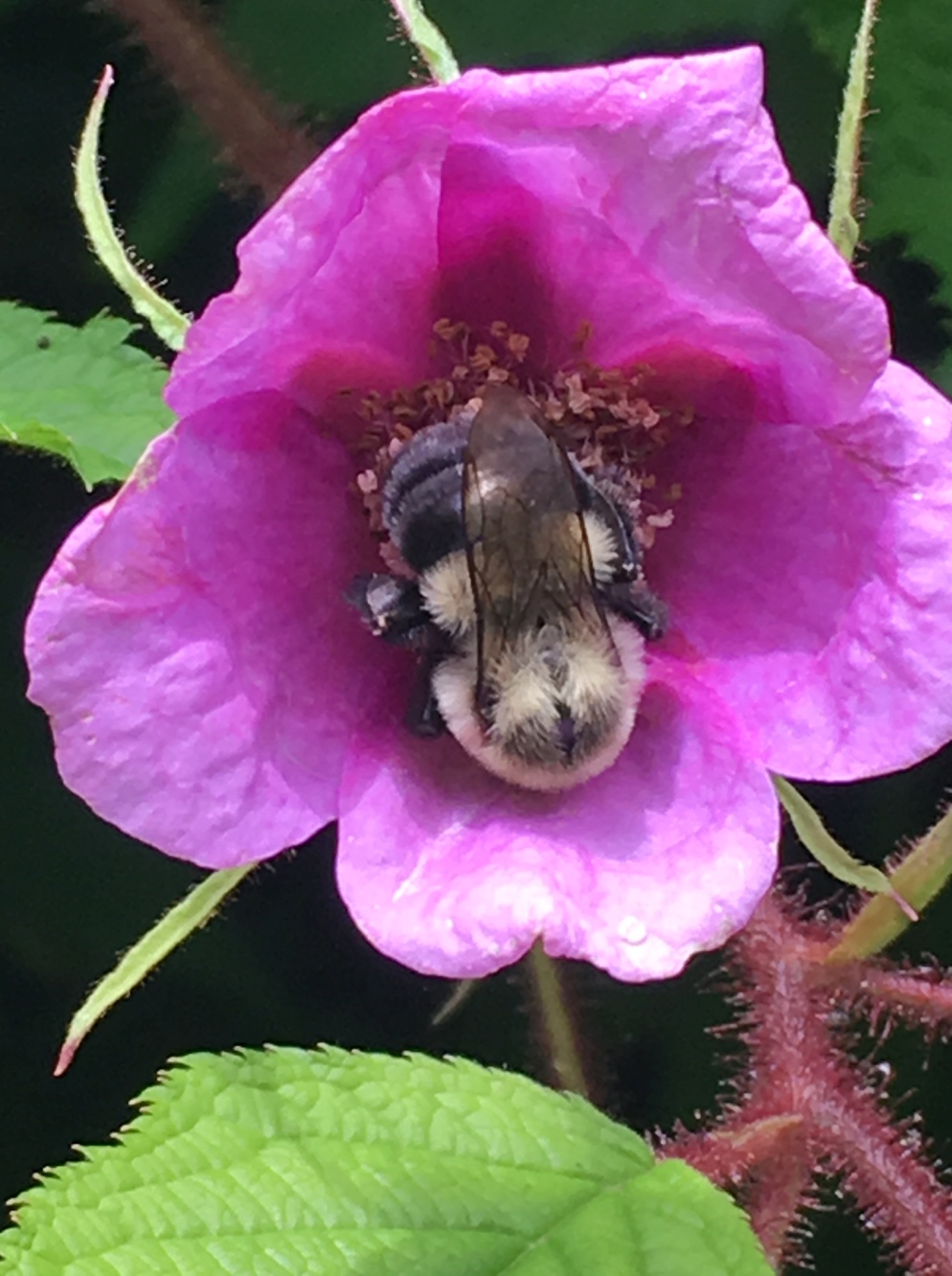 As you can see the woods are full of pollinators, always a happy sight these days. The whole area is part of the Chattahoochee National Forest, and there’s both an excellent visitor’s center and a shuttle from the parking area to the summit if you have someone who’s differently abeled or it’s just too darn hot for the hike. I highly reccomend it though – you struggle up the switchbacks (I struggled, at least; you may be less lazy than I am) and as you reach the last turn the fire tower at the summit leaps into to view, and the valley views spread out all around you. 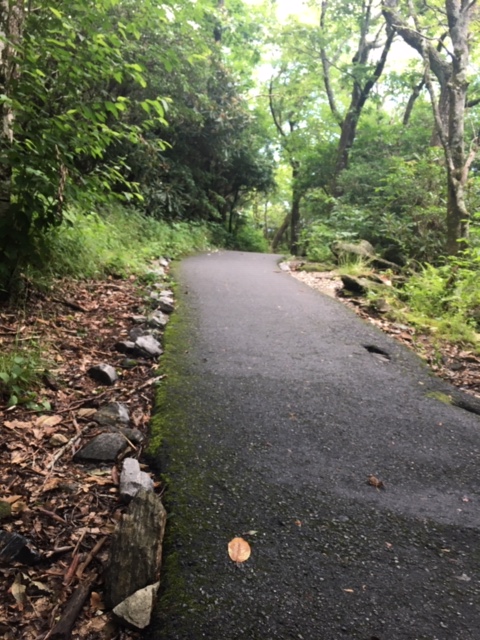 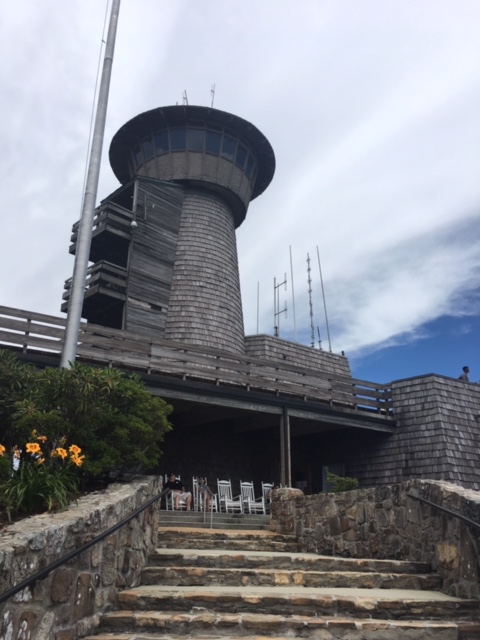 The Appalachian Trail runs nearby, as well as some other good hiking trails. I’m looking forward to getting back to the area and exploring more.

Some new images from my recent trip to Hondouras. I’ll have some upcoming posts about the trip, but in the meantime these are from the folks at Macaw Mountain, a bird rehabilitation and rescue facilty in Copan, Hondouras. They take in injured and abandoned birds, and have a robust program that has allowed free-flying Macaws – the sacred bird of the Maya – to once again soar over the spectacular ruins of Copan, one of the most beautiful of the Mayan cities. The colors and beauty of these birds cannot be overstated, but to see them in flight over the centuries-old ruins – time suddenly stands still, and the past seems very close.

You can check out their website here if you are interested, and if you travel to that area be sure to pay them a visit.

I had some family-related time in Florida and shot these on the beach near where I grew up. During the day it was all hustle-a-bustle, but at sunset everyone but the Ospreys go home and suddenly it’s the empty beach of my teen years, suffused with memories.

I’ve been in love with the Planet Earth and Blue Planet series for what seems like forever, and I’m not kidding when I say I’ve watched all the episodes about a hundred and eleventy times. The stunning images combined with David Attenborough’s sly narration – “He’s had an enjoyable lunch, but now it’s time to find a MATE!” will rivet me to the couch for hours. Really, David Attenborough could do the narration for someone breaking down the transmission on a 1997 Honda Element, and I would sit through the whole thing, completely enrapt. 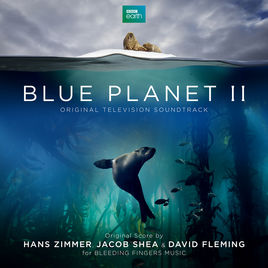 So in celebration of Blue Planet II being finally released in the U.S. – you lucky Brits got it months ago – I thought I’d revisit some of my favorite photos that I’ve taken of our watery world. 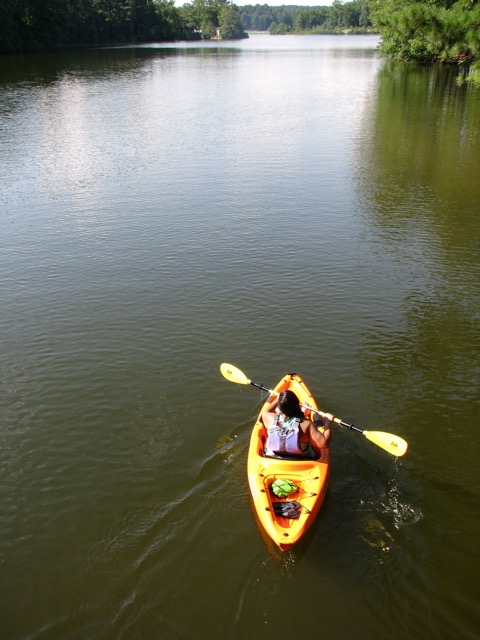 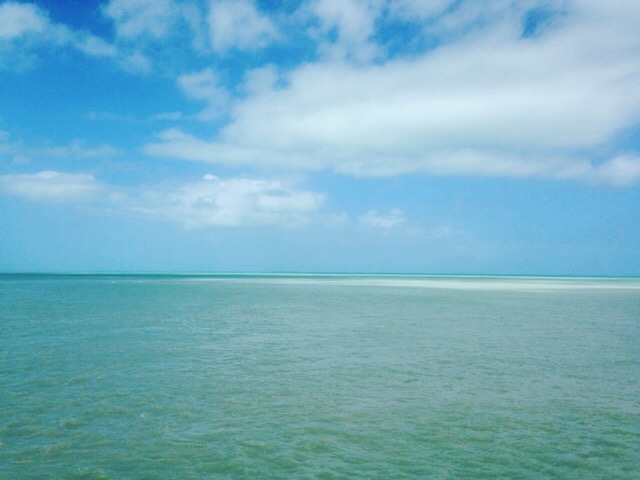 One of my goals this year is to improve my underwater photography, so hopefully by Blue Planet III I’ll have some images taken from beneath the surface. 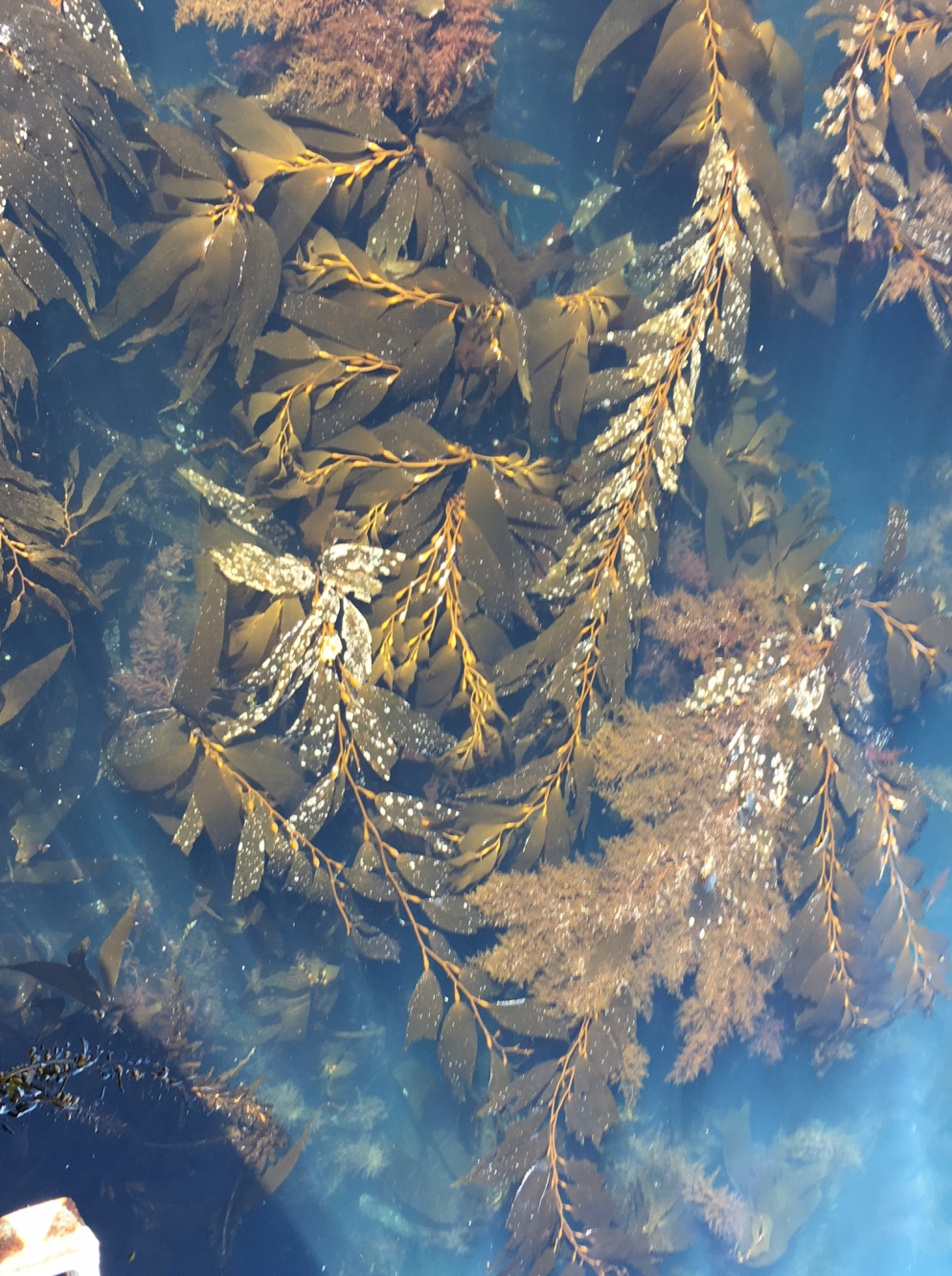 Until then, I’ll just continue to peer into ocean from the surface. 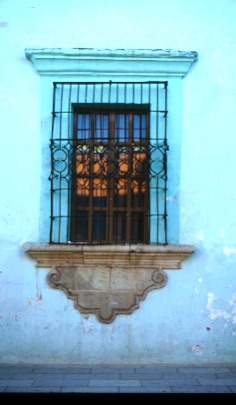 older image of a window in Campeche, Mexico. It’s a bit lo-rez because it’s been scanned from a slide, but I love the softly worn colors.

I’m sure everyone has heard this by now, but I am still shell-shocked to see the damage that is ongoing in Puerto Rico. I’ve been to the island many times – I was fortunate enough to go every year for a good stretch of time – and often considered making a second home there, or retiring in that region.

As of now, those plans are on indefinite hold. I have no idea if Puerto Rico, and the towns of Isabella and Playa Jobos where I spent most of my time there, will ever be the places I knew again. Right now all I can see and hear are the terrible stories of suffering and uncertainty from good people who shared their island home with me. 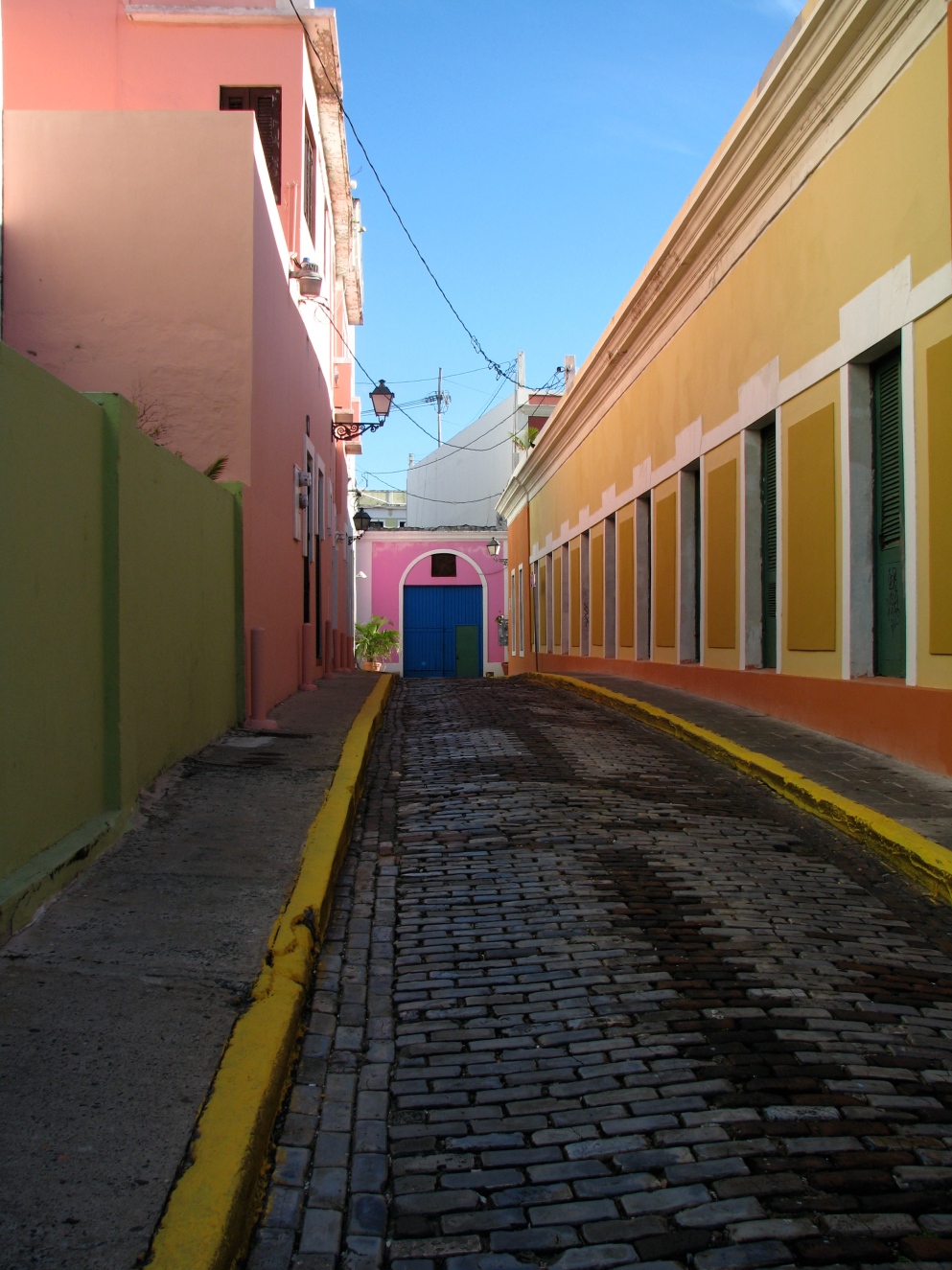 Is the Los Morillos Lighthouse still there? Are the Rangers who maintained the surrounding park safe? Did the nameless family that helped me when I got lost down a dead-end street in Isabella lose their home? Is Junior’s Pizza, always our first stop in Playa Jobos, even standing? People are telling stories of the long, winding route down 66, which used to wend through a dense tunnel of jungle foliage, now looking like a moonscape, with all the vegetation stripped away. Of El Yunque, the only rainforest that is part of the United States, scrubbed to bare rock.

I know everyone has compassion fatigue. There are so many horrible things right now. Houston. Miami. The Island of Barbuda completely uninhabitable. Earthquakes in Mexico. Volcanos in Indonesia. It feels like the earth is trying to shake humanity off, like a dog with a bad case of fleas. You feel – I feel – utterly helpless.

But please. If you have any ability, consider donating to one of these organizations to help the people of Puerto Rico, who so desperately need it.

OneAmericaAppeal.org  – led by five former presidents of the US

Unidos – run by the Hispanic Federation

GoFundMe – crowdsourced donations from individual groups. There is no good way to say this – the US government has fumbled this situation terribly and is causing active delays in aid. Small groups of concerned citizens – many with personal links on the island – are stepping into that space to try to make up for it.

All Hands Volunteers and PRVOAD are actively looking for volunteers to help. (The PRVOAD site is in Spanish, but can be translated through GoogleTranslate.)

I’ve written before about the sickening feeling of watching a loved place descend into chaos, the gut wrenching knowledge that things will never be the same again. I also wrote about my immense relief when it turned out that I was wrong, and that people and places are more resilient than I had ever dared hope. I want so badly to be proven wrong again.

Be safe, and hold on to what you can. 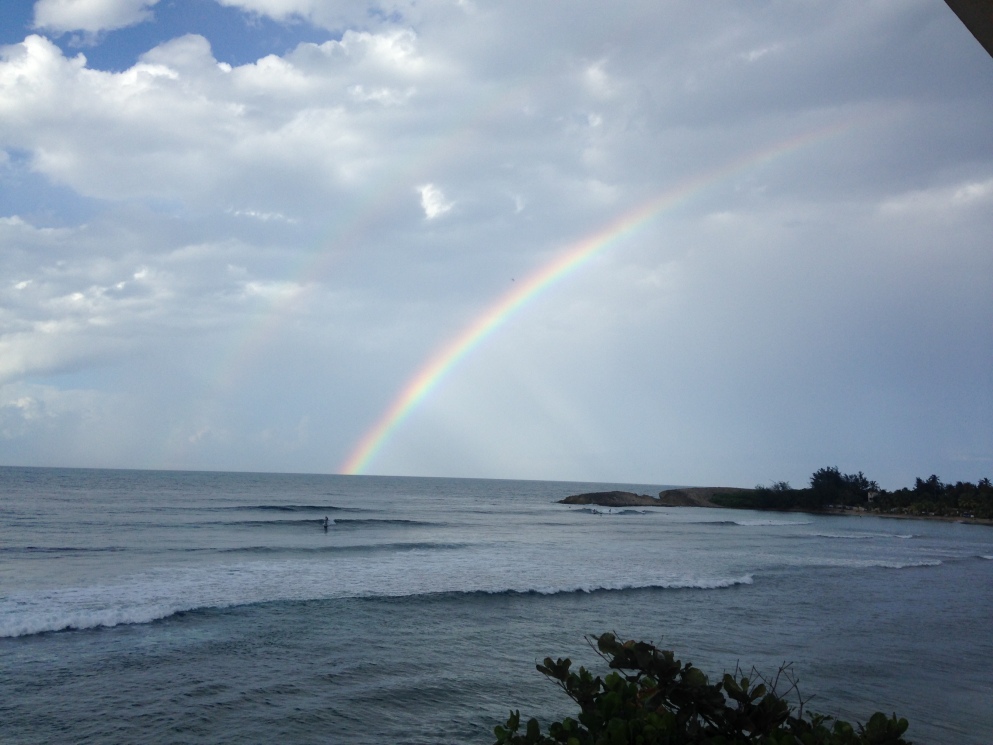 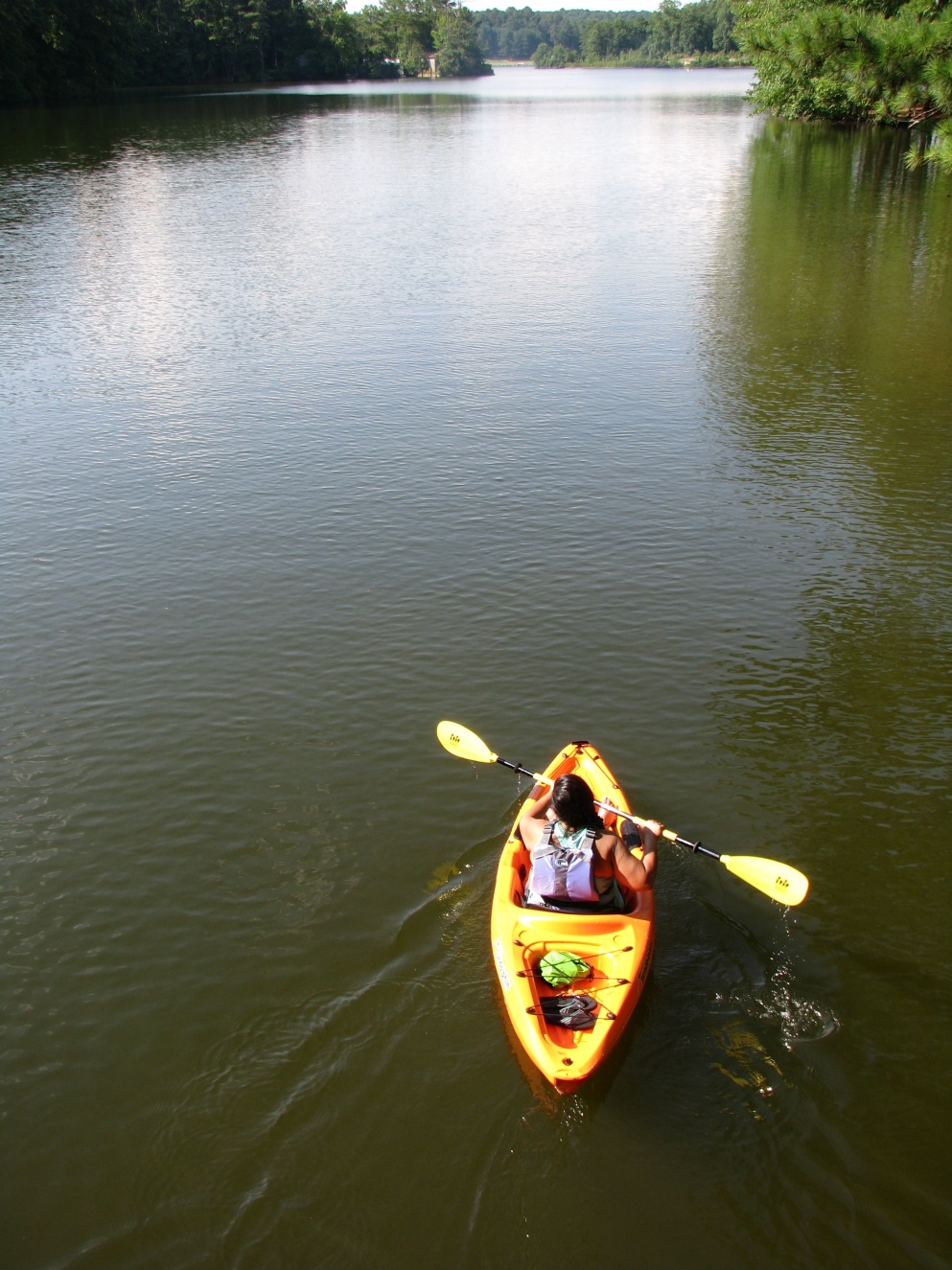 More end-of-day photos from Morro Rock in California. I have to admit having watched about 900 hours of Shark Week this week I am looking at these photos with a different eye – apparently there have been several attacks on this very beach, fortunately non fatal and at a different time of year as the marine wildlife migrates through the region. There’s still so much to learn about these animals and their ecosystem, and how to safely share the ocean with them. 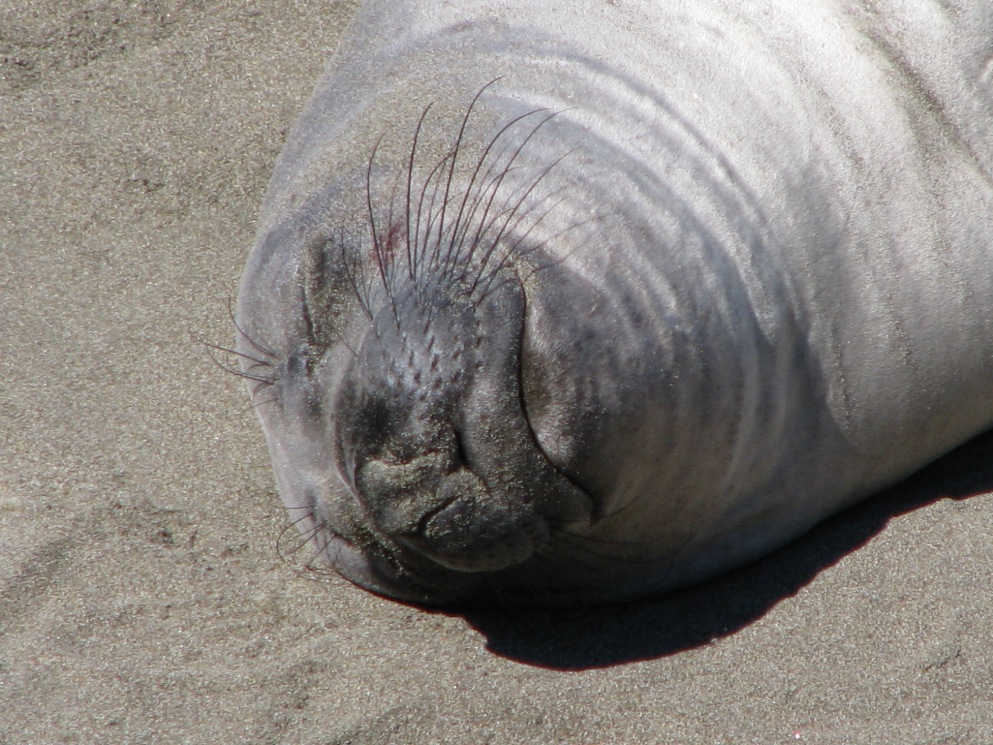 A napping elephant seal is a happy elephant seal. From the Elephant Seal Overlook off Hwy 1 (Pacific Coast Highway) in California, where dozens of these beasties haul themselves out to socialize, tan, and nap.

(Please note that I took this with a zoom lens, and didn’t sneak up on any seals, which is both against the rules and dangerous)